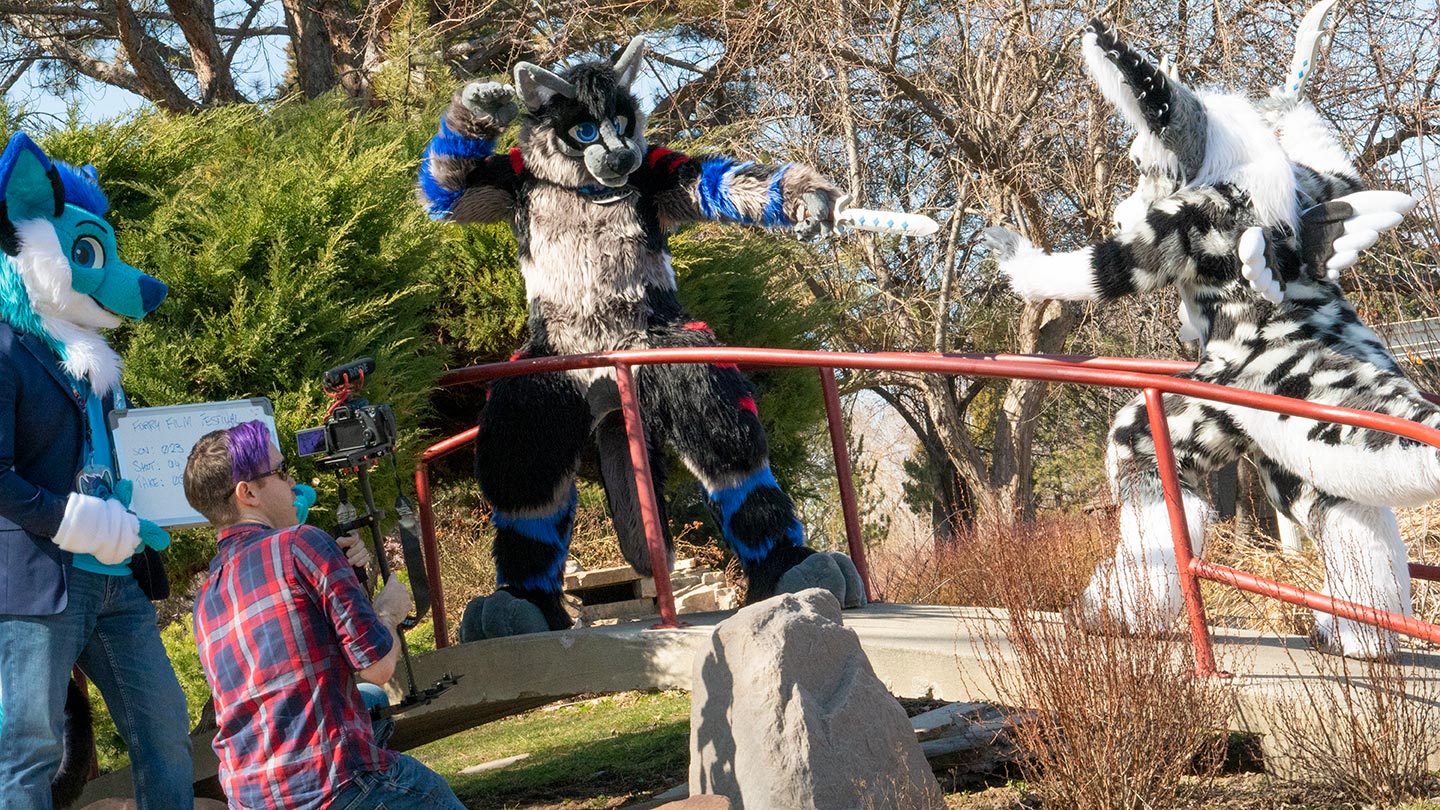 Today, the Furry Film Festival (F3) website was launched, and along with it came the announcement that the festival was officially open for submissions! Furry filmmakers have until September 25th, 2019 to submit a film. The key theme for this years’ festival is “The Future”.

The Furry Film Festival (F3) is the very first festival of its type to come to the international furry community. While some small film festival events have been featured at furry conventions in the past, this event is a completely standalone festival, dedicated entirely to furry movies and filmmaking.

It ‘s a multi-day celebration held in Salt Lake City, Utah, where, in addition to screenings, there will be awards, social events, networking opportunities, and more.

The event is open to anybody in or around the furry community, and there are very few rules about what type of film you can make!

Also, for those curious about the “Key Theme” idea, more on that…

The reason why we have chosen to use a key theme for the festival is to encourage furries to network and get involved in their community. In addition to this, we want to ensure all films submitted will be premiering at the festival. If this festival were open to any and all existing films, it would not be much of an incentive for many filmmakers to get out there, engage the community and come up with something new and unique.

How you choose to interpret this key theme is entirely up to you. Maybe it’s a metaphor or a symbol. Maybe it’s the name of a place or an idea? It can be anything!

The website contains much more information about the festival, including an upcoming Premiere Event Screening, as well as awards ceremonies and social events around the festival.

Also releasing throughout the submissions period (and coming soon) is the Official Short Film Series for F3, which is being produced by the event organizers and serves as “inspiration to encourage filmmakers to realize what is possible”.

For all the information, folks are encouraged to visit the new website over at https://furfilmfest.com